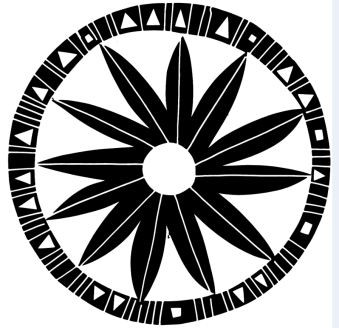 Why does it matter? Why does the story of Christmas matter?

If you braved the ice for the late service on Christmas Eve, you may have heard Fr. Martin pose a similar question. I, myself, did not make that treacherous drive through the icy hills of Portland. There are a few too many un-scalable peaks between our house and Grace, so I didn’t get to hear him preach, but I did read his sermon online and there it was: this sneaking suspicion that, whether we believe a specific thing or not, being here together at Grace on Christmas – or, on the First Sunday after Christmas – mattered for some reason.

So why does it matter? It may seem like a strange thing to ask in the midst of a service filled with hymns that offer, in their own way, an answer to that question. And the answer is generally, Jesus, right? It matters because… Jesus?

Yes. I could end the sermon now. It matters because, Jesus. But, I think we could, and probably should, dig just a little bit deeper into what that answer, Jesus, even means.

Asking Why does it matter? Why does Jesus matter? is – I think – an invitation into both a deeper reflection on the meaning of a holy day, and, potentially, a deeper experience of wonder at the very meaning of existence, itself.

Now, I don’t think we are offered that kind of reflection by the mainstream Christmas fanfare. The Christmas Holiday Industry has branded Christmas with generic expressions of hope, well-dressed dioramas of warm, tender moments with loved ones, and a generalized sense of joy. The unspecific joy of the mass marketed Christmas is part of what makes it such a hit, even (or statistically speaking) almost more with people who do not see this as a religious holiday.

But I am both a religious person and one who has seen the behind-the-scenes of brand building. I have been a part of the Disney branding machine, and I have witnessed the emotional, psychological, and even spiritual impact that a carefully marketed product — from Mickey Mouse to Santa Clause — can have on people from all walks of life. So, when I encounter pre-packaged meaning – simple, ubiquitous, de-contextualized joy – I start asking questions.

Joy, why? Hope for what? Or, why does Christmas matter? If we did away with all of the Christmas window dressing, all of the cultural markers of Christmas – all of the ways that American Christmas is supported by global industry – what would we say that Christmas is?

In our own consumption of some mass-marketed Christmas goodies – specifically, the Charlie Brown Christmas Special from 1965 – we heard a clear depiction of the true meaning from none other than Linus, the blanket carrying theologian. He lays out the Christmas story from the 2nd Chapter of Luke, King James Version (of course); the one in which shepherds in the field, keeping watch over their flock, are told by an angel that Christ the Lord is born and is currently lying in a manger. It was, in essence, the Christmas pageant. (And if you missed that… well, you missed something truly angelic.)

But today’s Gospel reading (also in the Christmas pageant, but not in the Charlie Brown special) offers us a more esoteric take on the meaning of Christmas, but that – to Linus’ credit – gets us to about the same place.

In the beginning was the Word, or what the Greek calls the Logos. The Logos can be understood as the foundational creative principle underlying all that is, was, and ever shall be. Here and everywhere. And this foundational principle of creation — this universal particular — was with God and was God. All things came into being through this universal particular, and without which not one thing came into being. What has come into being in him was life, and the life was the light of all people – not some, not the chosen – ALL people. The light shines in the darkness, and the darkness did not overcome it.

That’s John’s creation story. But it doesn’t end there…

The Word became flesh and lived among us…. full of grace and truth.

So, the universal particular through which all things were made was born to Mary in Bethlehem.

This is, understandably, the point where your brain may break a little, and I think that’s a fantastic thing. The Incarnation of God in Jesus is brain-breakable. Always has been, and likely always will be. And the Incarnation is not a one-off in the story of God’s work of liberation, either. We simply proclaim it as the culmination point.

God, in the stories of our ancestors, starts out removed – an overseer – creating from on high. God begins to speak to God’s creation, appearing on a mountain to Moses. Then God takes the form of a pillar of smoke, leading God’s people through their journey of isolation and exile. Then, God sets up shop inside the Holy of Holies, and the people of God develop a complicated system which governs who gets to have access to God in God’s most sacred dwelling place. And the prophets cried out in defiance of the hard-heartedness of God’s people, saying that the God who made all things is not the property of any one nation, but rather the sovereign of all nations. And then, God – the Creator – becomes incarnate. The Word – the foundation of all being – takes on flesh.

And with flesh comes the need to be held, to be loved, to be looked after. God, the One beyond all comprehension, becomes the most vulnerable of things – a human baby who cannot walk, who cannot speak, who cannot defend itself against the weather, or animals, or other humans – so that he might be loved with the tenderness of a mother’s heart.

Jesus the baby, that tiny mewling infant, becomes the most sacred dwelling place of God. Imagine, a God willing to look through the bewildered eyes of a baby, willing to have no control of arms and legs, to have a deep need to take naps, to need a diaper change. That’s the new temple of God. The human being becomes the tent pitched in the desert, in which God seeks to encounter creation in the most intimate of ways.

In the Incarnation, humanity has a chance to love God with unparalleled intimacy because that is how God has loved us. Jesus becomes embodied evidence that God is with God’s creation, so much so that God’s own Self is discernable in the messy stuff of human life, death, pain, and suffering.

Perhaps if we can see the human body as the sacred space in which God can encounter God’s creation, we might be able to see the spark of the Holy in the bodies of other people. Perhaps all bodies will begin to look like places in which the indwelling of God’s Spirit occurs. Perhaps, then, it will become difficult – impossible, maybe – to see anyone’s body as discard-able. Perhaps the bodies which we have been conditioned to look down on or to hate will start to look like sacred dwelling places for an encounter with God, and this awareness will inspire in us the willingness to stand up and protest, with the voice of a prophet, when the powers and principalities of this world systematically oppress God’s creation.

It can start with the simple awareness that God was made manifest in Jesus, and then all flesh will begin to look different. Yours. Your neighbor’s. Your enemy’s. I don’t know about y’all, but I would feel a genuine, sincere, specific joy if we all began to move in this direction.

Jesus is God’s beloved, and to all who receive him, who believe in him, who inwardly digest and give their heart to his generative, life-giving, creative being, he gives power to become children of God.

This is how it has been, by design, from the beginning.

I hope we continue to ask ourselves, “What does Christmas mean?” “Who was Jesus?” “Who is Jesus?”, for these are the questions that help to establish the foundation of our own discipleship. And when we stumble to answer that question, or when we wonder about whether these bodies of ours are worth anything, I hope we remember this:

God took on this flesh so that we all might learn to love God and one another more deeply.