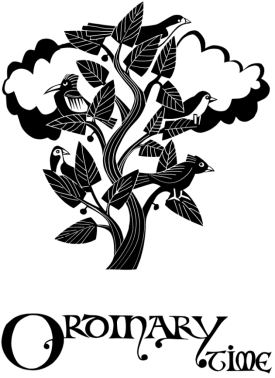 I suppose every now and then it is okay to have a boring sermon about legalisms, law, and all that dry stuff.  So, today is the day.  Seriously, I would like to look at an aspect of how we as a people have chosen or not chosen to live together with some kind of rule, or law, or common understanding of what it means to live in community….whether that community be a family or a town, city, county, state, country or within the global community.

Okay, where do we start?

Probably a good place to start is the Ten Commandments.

Thirty-five hundreds ago, Moses was at Mt. Sinai and we know that he received the Ten Commandments.  He issued them to a community that resented Moses trying to impose rules of behavior and to blame God for it.  Rules regarding the Sabbath, murder, lying about your neighbor and on and on.  How to best live together and come up with some standards, beliefs, and patterns of good relationships.

As people who have evolved into families and communities over many years, we have found that we must have rules to live by and follow or we are in danger of losing ourselves as well as others.

The problems often with our laws and rules is that they turn out to be wrong.  They diminish when they are meant to give us meaning and purpose.  For instance, the Church has gone through tremendous upheaval over recent years on such issues as:

Women’s ordinations, gay rights, prayer book revisions and many other issues.  I was in this pulpit preaching about using the new prayer book services to replace the 1928 Prayer Book back in the late 1960’s.  I was ordained to the Priesthood here at Grace Memorial using the 1928 Prayer Book.  The rules changed, people had a lot to say about the changes….pro and con…so it was an open discussion as it should be.  It went on for years…and in many ways will continue.

I have the greatest respect for my Father who was a lawyer in Pecos, Texas, where I was raised.  I first learned about law and the legal systems as a child growing up in West Texas listening to my Father speak to concerns that arose in his legal practice.  He died several years after I was ordained and I have always missed him.  I learned what it meant to disagree with my Father over many things while growing up.  But, the one I remember most was his stand on what happened when the Supreme Court ruled on the integration of schools in the early 1950’s.  My Father believed in the law at the time “separate but equal”.  In other words, integration was a violation of what he saw to be the law of the land.  I disagreed and was president of my high school senior class when we integrated in 1957 and at the same time he was elected to the school board as a write-in candidate on the subject opposing integration.  So, I learned early that laws are in need of changing and we are constantly defining our system so it works better over the years as we grow together in our country.

But, again, how about religious law?  Every faith community, every family has it’s own written and unwritten laws or norms it abides by for better or worse.  Look at Ireland this past week.  A sea change for prochoice and women’s rights in a country that has long been in opposition to what it is now defining in a new way.

And that brings us to our Gospel lesson today.

Jesus was at odds with the religious leaders of the day.  They saw him as a threat to their authority and looked for ways to undermine him and his followers.

What happened in our lesson today?  It was the Sabbath and many rules and regulations had grown up around keeping the Sabbath holy since the time of Moses.  Apparently, from Jesus’ point of view had gone too far.  And when his disciples were gathering food to eat on the Sabbath, they were criticized.   When Jesus healed a man in the synagogue on the Sabbath, it was terrible according to the religious leaders.  According to them, Jesus was doing away with the law, the tradition, and the sacred nature of the Sabbath from their point of view.

“And he said to the man with the withered hand, come forward.  And He said to them, is it lawful to do good or to do harm on the Sabbath, to save life or to kill?  But they were silent.  He looked around at them with anger, He was grieved at their hardness of heart and said to the man “stretch out your hand”.  He stretched it out and his hand was restored.  The Pharisees went out and immediately conspired with the Herodians against him, how to destroy him.”

All of us know how much we need to have our rules and regulations and to discuss them.  And, to add or subtract from them as we live together.  Obviously, Jesus was trying to make a point that could not be heard by the religious authorities.

I just finished a book, “Midnight in Siberia” by David Greene.  David Greene, the author, is a NPR reporter who was in Russia for many years and finally boarded the Trans-Siberian Railway that goes 9300 miles across Siberia.  He stops at many villages and cities and interviews people.  He wanted to hear from them of their hopes and dreams for their future as well as their understanding of Russia’s past.  He was surprised how many people had a nostalgia for Stalin and the old Soviet regime.  The fact that you were told what to do and the people felt security at the lack of participation in government.  The author was looking for seeds of change and he found it but no real way to bring it about.  The laws were set and the people were following them.  One of the funniest moments in the book was at a train station in the middle of nowhere.  There was a security point that everyone had to process their luggage like we do at the airport.  It had always been there and people had to go though it.  But, no one was on duty.  The bells would go off but there was no one to check on why because no security guard was there.  But, the people dutifully followed the rules and assumed that probably someone was watching them.

We are still living out the learning of how to live in community together as nations within a world that receives information so fast we can’t even process it.  We are presently being tested in our own country on whether we will honor our own rule of law.

It is important that we continue to listen to Jesus and find out how to proceed.  As I read the Gospels, He is for good over evil, the nurturing of the human spirit in relationship with God and one another, that the emphasis of Love is the foundation of all human experience, and if Love is not a part of the equation God is not a part of it.

Jesus looked at the religious authorities and asked them how do you define what is right, to do good or to do nothing.  To add to life or subtract from it.

Our laws and regulations in family, community, church, government, are all here to help us grow in Love together.  When they are not accomplishing their purpose, we must act as individuals and communities to change them to reflect our need and respect and love for each other.