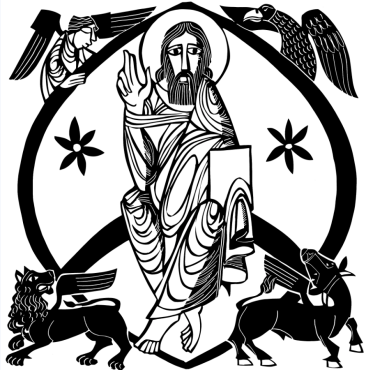 We are in the bustle and the heat that is Jerusalem, the most distant and forgotten corner of the Roman Empire. Inside the headquarters of the occupying forces, Pontius Pilate sits at his desk. Pilate is thirty-five years old. He is a mid-level government bureaucrat here in the Middle East on a resume building exercise. He is a busy man and, when he gets back to Rome, he hopes to be an important one. In the meantime, Pilate wants things and people to proceed in a orderly and sensible manner. He doesn’t want to have to do paperwork. He doesn’t want to have to work overtime. And he wants the headache that has been building all day to stop.

On this day, Pilate has been struggling to concentrate on his work. It’s not just the headache – he has those all the time. Something else is nagging at him: an old memory. His mind is pulled back in time, skipping like a stone across the waters of his recollection, to the days of his childhood – to a time when he lived in a world of wonder and of imagination. Pilate keeps pushing the memory down, trying to bury it under the dust that coats everything. He just about succeeds.

Pilate is ready to go home. He is ready for a drink. It has been a full day of administration: of seeing prisoners, of determining who will be flogged, who will be released, who will be crucified. But there is one more interview. It’s with a carpenter and a disturber of the peace. The note on his desk says: The King of the Jews.

Pilate stands up and starts walking towards the interview that will haunt him for the rest of his life. An interview in which his atrophied imagination will entirely fail him.

And then he is in the cell with the prisoner. Pilate experiences a dim awareness, a tug, like something moving in the corner of his eye. An awareness that the man who stands before him is extraordinary. There is a gravity pulling Pilate towards this man. Pilate has the sense that, even though he holds all the power in this relationship, including the power to pronounce death, that this man, this calloused and dirty carpenter, somehow, holds all the authority. That it is as though this man were interviewing him. Pilate fights this awareness off.

A moment of heavy silence passes between them. They are alone. And Pilate can say or ask anything that he wants. He begins:

So. You’re the King of the Jews.

This is when most prisoners start to weep, or to rage, or to beg for their lives. But not this one. The serenity in his eyes is his terrifying. This man does something that no prisoner ever does. He looks right at Pilate. And he asks him a question:

Do you ask this on your own, or did others tell you about me?

It is hard not to speculate about this scene, about one of be the most iconic exchanges in all of scripture. Pilate gets the rarest of things in all four of the Gospels: the opportunity to secure a private interview with Jesus – to secure the opportunity to talk, by himself, with God. In just about every other conversation that the Gospels record with Jesus (save, perhaps, for Nicodemus and for the woman at the well in the fourth chapter of), there is someone else hanging around – the disciples, the crowd, the tax collectors and sinners, the Pharisees, the centurions. Pilate, by contrast, holds Jesus alone for as long as he wants.

How tantalising is this? For the Christian, the idea of being alone with Jesus is awesome. Consider what you might ask – what you might say – you would be limited only by your imagination. What would you say to Jesus?

Now, hold those words in your mind – all the possibilities of what you might ask or what you might tell Jesus. And then consider what Pilate asks about. He asks about personal power: So, you’re a King. You have a place on the top of a hierarchy. You have money, you have property, you can tell people what to do, you determine who will serve and who will eat, you can control people’s lives.

Jesus responds to Pilate’s question the way that he often responds to questions. He poses a question of his own. John 18:34: Do you ask this on your own, or did others tell you about me? The folks who translated the New International Version of the Bible give us a lively alternative: Is that your own idea?

Through this question, Jesus is pushing Pilate to resuscitate his almost deceased imagination, to call it forth like Lazarus from the tomb. This invitation to imagine – to say “what if?” or “I wonder?” – is one that he has extended throughout his earthly ministry. He has extended this invitation by telling awesome and playful and paradoxical stories, by asking provocative and even intemperate questions such as this one, by taking actions which tossed expectations on their side, like a ship in a storm. Do you ask this on your own? Is that your own idea? This is the question on which the whole interview hinges. And Pilate refuses to answer it. He is irritated that Jesus even poses it.

I suspect this is because Pilate is a man who has been taught to hold his imagination at bay, to fend off the very thought that the world could be any different than it is, that he could be any different that he is. He has been taught to retreat into a sad world of permanence, a world predicated on power, a world in which the Roman Empire will last forever, a world in which it is impossible to imagine anyone being motivated by anything other than fear and selfishness.

This is a picture of a world in which faith is obscured, in which it is been hidden by certainty. And Jesus challenges this certainty because he knows that faith is predicated on the imagination. Faith is all about possibility; it is about the wonder of change; about the dance of beauty; about encountering something new; about trust in possibility; about reversal; about the first being last; about meeting God in the persons of the least of these, our siblings; about experiencing the Kingdom of God not as something that happens after we die but is something that, with God’s help, we can build right now.

Those times when the Kingdom has cracked through our permanence and changed this world were made possible by the imagination – by acts of faith. By individuals saying, You know, we actually could do this. This is possible! We are few years past the 20th anniversary of the Berlin Wall coming down, a structure that mere days before it fell, we expected to stand for generations; that we expected to stand forever. I remember seeing the images of the wall falling and saying: That’s impossible.

Each act of imagination falls like a snowflake onto the roof of a prison. By itself, it looks like nothing. But, as it joined by another drifting piece of imagination and then by another, the snow of possibility builds up, higher and higher. And then, in what seems like an instant, the weight is too much. And the roof is down and the prisoners climb up and out into freedom.

When you talk to someone who has lived through such a moment – especially those who were in the prison when the moment came – they will often express a thought which is equal parts gratitude and disbelief: we never thought we would live to see this moment come.

So. What is impossible today? What is unimaginable? What have you been told is never going to change? Do you think this on your own or did someone else tell you? Is it impossible that hunger will ever end, that unemployment will ever end, that there will ever be a real place of dignity for the poor in our wider society or in the church, that economic vigour could mean anything other than frantic environmental degradation, that we might understand health care as a human right, that this country might have a healthy and sensible relationship with guns, that there might be a rule of life beyond selfishness and fear?

I’m glad that folks go to football games and hold up signs proclaiming John 3:16. It’s a beautiful passage. But the passage that I want someone to hold up at the next Seahawks game is this one: John 18:34. Is this your own idea? Did you think of this on your own or did someone else tell you? Is Jesus really that small? Is the kingdom really that distant? Can we really imagine nothing else? Is this how we thought the world was going to be when were were children? Are we so busy looking for Jesus sitting on a throne and holding a scepter that we don’t notice when he stands before us as a prisoner?

Let’s imagine for a second what Pilate cannot: that the impossible has happened – that the carpenter who stood before Pilate on that day was God. That God lived with us. And, now let us imagine something even more impossible: That, after Pilate sent that carpenter to be legally executed by a perverse justice system that he was resurrected. What if that were true? What else would be possible?

And now, let’s do something that Jesus did a lot of. Let’s tell a story about reversal in which we imagine that this peasant carpenter whose life was predicated on living with, and healing, and telling stories to the most suspicious of sort people is the king. Not Pilate’s kind of king, but another kind – one who believes that, in the greatest of kingdoms, the role of the king is to serve.

And, now, imagine that this king stands with you, close enough to touch. You are alone, he looks you in the eye. And he smiles.