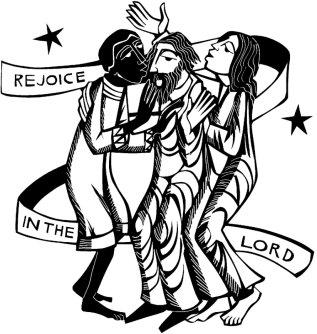 Have you ever had the experience of encountering the same words at two different times in your life and hearing them in a totally different way?

For myself, I think about the statement:

Having kids changes your life.

Before I had children, I heard those words and I nodded in agreement. I said, yes, that’s right, having kids changes your life.

And then I had kids. And I said:

Having kids changes your life.

The words were the same, the information was he same. But my understanding of them was radically different.

A lot of theological statements are similar. I remember my wonderful Jesuit teacher, George Greiner, telling our class that there are certain statements about God and about life and about love that are true. But that you are required to do some real searching and some real struggling before you are allowed to say them with authority and with honesty. Dr. Greiner gave the example of the statement:

It is a mystery why there is suffering in the world.

Now, that statement is almost assuredly true. Maybe God understands where there is so much hurt. But as scripture says, our ways are not God’s ways. And so I can’t really disagree with those atheists who demand to know why a good and a loving God permits so much violence and so much injustice. It’s a fair and an important question. And to simply announce that suffering is a mystery is to give a flippant and way too easy response to one of the great questions of being alive.

We are morally and intellectually obligated to be more curious about the world than this, to struggle with this question, to wrestle with it like Jacob wrestles with the stranger in the night. It is after our struggle, during our struggle, that maybe we earn the right to say:

This is a mystery.

I think that the difference – and this is very similar to the example of parenting that I gave a moment ago – is that, in the first scenario, we are talking about the mystery. In the second scenario, we have experienced the mystery.

The words that we encounter in the Epistle to Philippians today are similar.

Jesus says something very similar in the Gospel. Are these words facile? Or are they profound?

Many of you know that I used to work in the performing arts in Vancouver, BC. And I remember being out for a walk with Phoebe. We were taking our dog, then much spryer than he is now, through our neighbourhood, when we ran into a mutual colleague. Our colleague – his name is James – is an inveterate actor in Vancouver. And James was in one of those stretches that comes in the performing arts, a stretch in which he had nothing in his calendar for months to come.

I have held a calendar or day planner in my hands that looked like that. That showed January and then February and then March with not a gig in sight. It was, at least for me, an awful feeling, a sense of dull panic that hung out in my gut.

But James, who was maybe 60 at the time, was reflective about his situation. He said, I’ve been in this business for years. And things have always worked out for me. I’m going to trust that things are going to work out this time as well.

James had, over the years of being an actor, earned the right to say Don’t worry and to say it with authority.

The words are the same. But they are not the easy words of someone who knows nothing about loss and yet is telling you that God doesn’t give you more than you can handle, that what doesn’t kill you will make you stronger. They are not the words of someone who is ostensibly reassuring you but is really reassuring themselves. Paul’s Don’t worry comes from one who knows all about worry, all about loss, from one who follows a crucified God, from one who has a pretty good guess that his writing and his teaching will land him in prison and in a coffin.